AN INTERVIEW WITH KATY ALEX 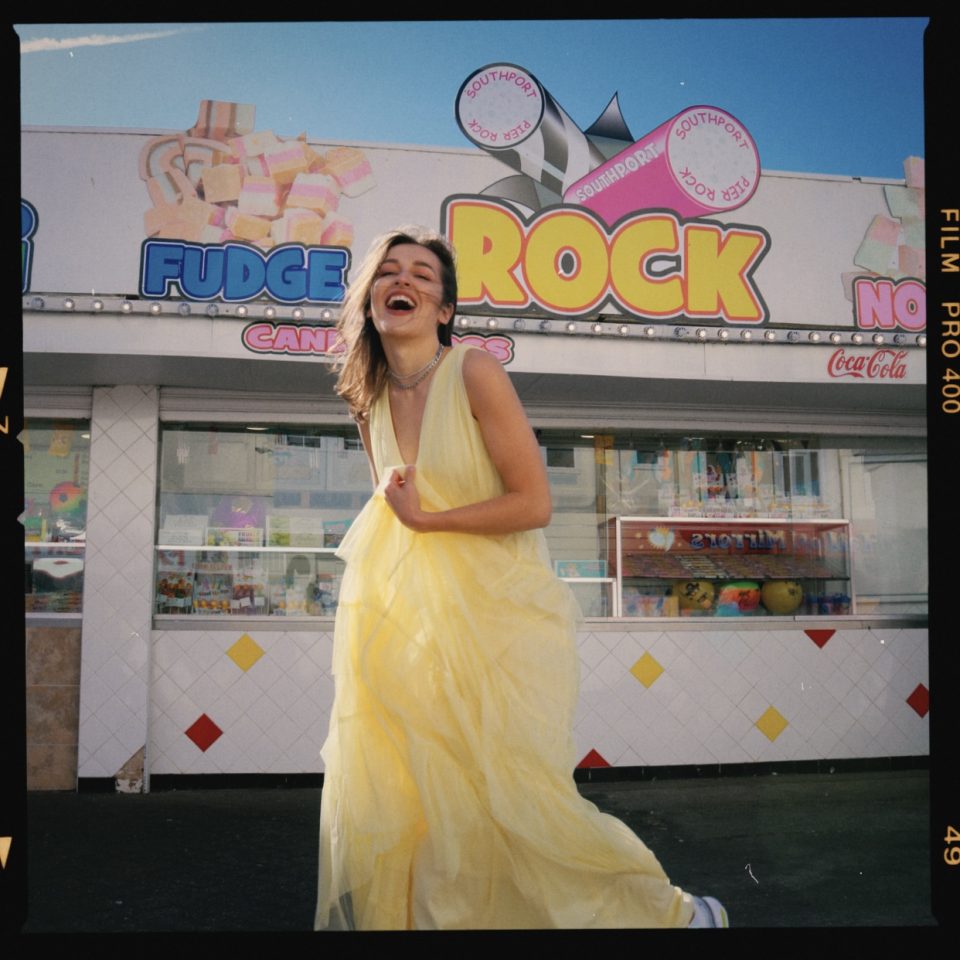 Katy Alex has always been one of our favourite alumni. Ever since being in the Academy back in 2014 we have always been impressed by her constant and steady development. And it seems like she has a helluva lot left in the creative tank. On the heels of her latest release, we caught up to find out what’s been happening.

So what’s been happening with Katy Alex of late?

Writing, writing, and more writing. I’ve been so busy behind the scenes for a couple of years now, largely due to Covid. Production is something I’ve always wanted to get into, so having the time during lockdown to really dive into Logic has given me a new perspective when it comes to creating music. Earlier on in Spring of this year I wrote/produced/mixed and mastered a mixtape to release on SoundCloud, that was a really fun way to build my confidence as a new producer, I still feel strange calling myself that haha. Fast forward a whole season and I’m sitting here with a publishing deal, talking about my new single ‘Maliblues’, and still buzzing from my September release with Italian DJ/Producer, Piero Pirupa (Loving You). Things feel like they’re finally clicking into place, which makes all that hard work behind the scenes feel totally worth it.

You seem to have really worked on your songwriting and song-crafting. True artist development. Can you share your journey?

I feel like I’ve taken so many different routes to get to where I am now. For a long part of this journey I’ve felt uncomfortable, but I’ve come to learn over the past year or two that the only way to progress is to test your boundaries and keep pushing forward. My two loves on the writing side of things are Pop, and dance music. I’ve kind of yo-yo’d between the two since doing LIMF Academy back in 2014, travelling to Brussels and Berlin for Electronic Music Writing Camps, and then to London for Pop writing sessions. I think back then I felt like I had to pick one or the other, but as I got more confident with my writing abilities and found a better support network I realised there’s space for both genres in my project. I’ve never felt more comfortable with where I am in the music scene. Now I’m published with Black Rock, and I’m getting sent some of the greatest tunes I’ve ever been given the opportunity to work on, plus I’ve found a producer who not only understands my vision for pop, but is a great friend. It’s kind of funny how I did all that travelling to end up expanding my inner circle with a bunch of people based in Liverpool. I’ve always said I want a big scouse music family, I get kind of emotional when I even think about Liverpool.

Tell us about the new single?

My new single Maliblues is super-Pop. I’ve had the concept written down in my notes on my phone since I went to LA at the beginning of 2020. I wanted to capture the way I felt whilst at a BBQ in Malibu, surrounded by luxury and beautiful sunsets at a coastline mansion. I felt so out of place, and whilst watching everyone else be completely  taken in by the glamour I just felt so empty inside, and really homesick. Nothing in this world is worth having if you can’t share it with the ones you love. That’s basically what the song is about. I’d say I’m heavily influenced by LA-Pop, so when I found this concept hiding in my notes I knew exactly how it needed to sound, and working with someone as talented as Alex (Quinn) meant this song was always going to be special.

A lot more releasing. I’ve been spending so much time crafting my songwriting and working on demos, I’m just itching to get everything out now. I’m really enjoying getting back to doing live shows too. Even though it’s just me and my acoustic guitar, it just feels really great to be back on stage and sharing my stories with people. My next show is supporting Molly Green at Kazimier Stockroom, I really love that venue and Molly is an incredible artist, so I’m really looking forward to that one! Hopefully there’ll be some more dance releases with me featuring on too.