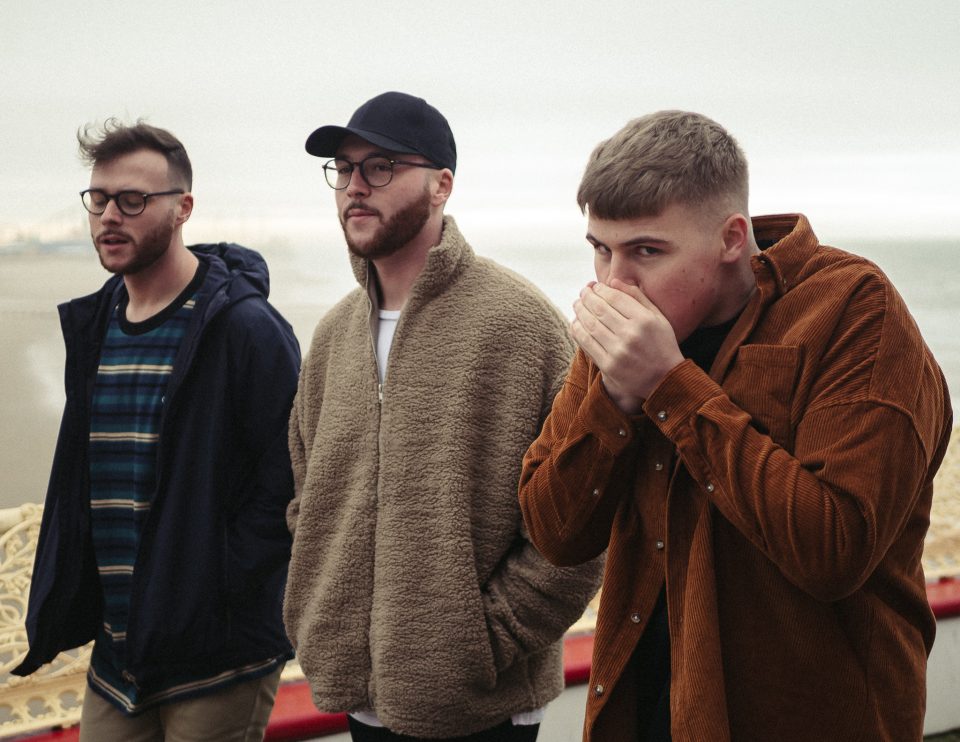 Soulful-Pop trio Little Grace were a part back in the Academy in 2014-2015. That was our first year of us doing a 12 month programme specifically for a group of Most Ready artists and bands. They were one of 5 that year – alongside XamVolo, Katy Alex, Luke Cusato and The Visitors. Recently Little Grace have released a lot of new music so we thought it would be a great time to catch up with them to find out what’s happening.

You have recently released a new EP, tell us all about it?

Yeah, ‘OneOrTwo More’, it’s a collection of thoughts and feelings. It was a crisis call, Ben was going through some stuff whilst receiving guitar loops from Michael Blackburn; it’s all pretty lyrically self-explanatory.

The EP touches on a few different topics that we’ve all questioned during our early 20s, our love life, our financial position/our position in society, and how our society gives itself worth (through consumption, modification & content).

It was written between Ben, Adam & Mike, then the three of us went to the Lakes with TEE and enhanced any demos we’d done. Production-wise, we wanted to take out the clearness, we wanted a messy sound, it felt natural to have voice notes, over distorted guitars, drum loops that weren’t consistent, all of that was essential to us to move forward with our sound and our story. Over the last 16 months we’ve released really clean highly produced music, which has been amazing to do, but we wanted something a bit more raw to sit within our actual capabilities, something demo sounding.

In an elevator pitch, ‘it’s a bedroom pop EP which translates our honest answers to questions we never thought we’d have to ask’.

For a while a few years back it seems you guys went a little quiet, what was happening during that period?

Yeah, that was a conscious thing, in 2015 we had left uni, signed to a management and things were looking up for us as a band. We were working with quite an old sound paired with the image of an indie band (a 5 piece with 2 vocals, guitar, bass, and drums), but we wanted to be making more current music, using newer instruments and working in more contemporary ways. So from 2015-2017 we wrote a lot of music, we tried so many different avenues, we searched for “our sound” by working with other people and on our own until we had a body of work that we felt represented how we feel. Within these two years we also focused on our image, we become socially attached with a lot of people who taught us so much about connected industries, from fashion to film, this helped us really understand how we felt as a band in these respected fields.

You have been working quite a bit with Tee, tell us how that started and why you guys seem to produce such good music?

TEE came into our lives the same time that the LIMF Academy did, way back in 2015, he was in Katy Alex’s band (who’s in the same alumni year as us) and we began socially interacting then, we followed each other on socials and would support each other at gigs etc… It took us about 2 or 3 years to write a song with him though, it was during the time we were trying to find our sound, and we wrote one tune with TEE that was well out of our field, but still a banger. We now joke about how awkward we all were in that first session, but by the end of it we actually left with a closer friendship, and over the years it’s been exactly that, we’re friends who write and work together, we want to see each other thrive and build something amazing for ourselves, so we put our all in to anything we do with each other (not that we don’t want that with everyone we work with). I think that has something to do with the quality of the content that we produce together, as well as understanding each other’s artistic visions and how each person in the relationship works.

What’s next for Little Grace?

We’re still releasing parts of the EP, so we’ve got some more visuals to come throughout July, as well as a behind the scenes from the cottage in the Lakes. We’ve also got a single or two which will be disconnected to the EP, although the last few seconds of Outro may contain a teaser…

We’re working on ways to give more to people who’ve followed us over the years as well. As we’ve spoken about, we were quiet for a few years so we haven’t really given much to the people who follow us and buy/stream our music, so we’ve got some ideas and will be taking action on them over the next few months too.